Reflections from a Costly Goose Chase 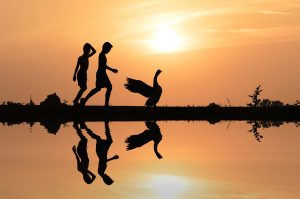 The crux of this unpublished opinion is whether the cost of litigation initiated by a conservator that turns out to be a big waste of money, should be paid out of the estate.

In In Re Conservatorship of Marilyn Burhop the probate court appointed a local lawyer (“Jones”) as conservator over a vulnerable adult (click on the name to read the case).  Jones learned that prior to her appointment, the ward, Marilyn, transferred nearly $500,000 to certain acquaintances (the “Sirchias”).  In addition, Marilyn changed her estate plan to benefit the Sirchias exclusively.

After some preliminary investigation, Jones decided to sue the Sirchias to recover the funds and to initiate litigation to set aside the estate planning changes. After incurring about $175,000 in legal and fiduciary fees, Jones settles. Curiously, perhaps conveniently, the COA fails to share the details of the settlement – such as whether the conservator recovered anything. But reading between the lines, it seems that Jones simply dropped the case.  The issue then became whether the massive fees that Jones and her attorneys charged to pursue this litigation should be allowed as expenses of the estate, when, in the end, the estate received no benefit.  The trial court allowed the fees in their entirety, and the order allowing those fees is what was appealed and affirmed.

Here’s what I think:

The way this case begins is all too common. These days, conservators are often appointed to protect a vulnerable adult from financial exploitation, which exploitation may have already begun.  Accordingly the question of whether the conservator should simply protect what’s left or pursue recovery of what may have been improperly removed is typical.  In this case, Jones apparently did some preliminary investigation before initiating litigation, but what Jones did not do, and what I think was her initial mistake, was to ask the probate court for instruction.

In our firm, when handling these matters, we commonly to seek court instruction at the outset. We ask the court to authorize the conservator to pursue litigation and also to enter into an engagement with our firm.  In that process we present the court with the proposed engagement letter.  We don’t do this in every case, but I am thinking we will start doing it more often.

In this opinion, the COA fails to address what I think is a critical distinction. The appropriateness of a conservator seeking to recover misappropriated funds is one thing, challenging estate planning documents is quite another.

With respect to misappropriated funds, such funds would become property of the conservator, would provide additional resources to benefit the ward during her remaining life, and failure to pursue recovery in a timely manner would present the possibility that a statute of limitations would be missed or that the funds would be dissipated and become unrecoverable.

Challenging the estate planning documents is different. Assuming the changes are strictly with respect to testamentary disposition, setting them aside would not increase the resources available to provide for the ward’s needs, and in most cases there would be no statute of limitations to worry about.  In fact, our laws are structured so that such changes are disclosed to the real parties in interest upon death (or in the case of a trust, upon incapacity) and the real parties in interest are empowered to protect their own interests at their own cost.  If there is any argument that a conservator would have a reason to engage in litigation over the validity of estate planning documents, it would be with respect to MCL 700.5428 which imposes duties on the conservator to manage resources in manner that does not disrupt the known estate plan.  Accordingly, for instance, if there are specific gifts, beneficiary designations or joint accounts, in deciding what resources to dissipate on the needs of the ward, the conservator must take into account the impact of those decisions on the overall estate plan of the ward.  But this issue was not raised in this case, and if it were, the appropriate approach would seemingly be to seek court instruction regarding the use of resources.

To my thinking, the decision of this conservator to spend money litigating the validity of the estate planning documents in this case is highly questionable.

There is an old rule that says a fiduciary is entitled to fees when what they have done has benefitted the estate. The 1983 Michigan Court of Appeals case In Re Valentino Estate, 128 Mich App 87 (1983) is often cited for this rule.  This opinion holds that Valentino was superseded by EPIC.  Well, that’s news to me.  First, I would be interested in knowing whether there is any published authority for that conclusion, I know of none and they cite none.  Further, it is worth noting that as recently as 2010, with the adoption of the Michigan Trust Code, the concept of a benefit to the estate being a basis for allowing fees was seemingly recognized in MCL 700.7904.  While that law relates to a non-fiduciary’s claim for recovery of fees from a trust, the commentary cites cases much older than Valentino for this rule.

A common litigation strategy is to simply outspend your opponent until they wilt. In this case, the COA asserts that the Sirchias did just that.  The COA says the Sirchias engaged in a “scorched earth” litigation strategy, noting that no less than sixteen motions for summary disposition were filed (and denied).  The suggestion is that Jones may have had a case, but only relented because she was running out of money to spend on the litigation.  Seems plausible.  But where in the law does it say that in deciding whether to initiate litigation the conservator should assume that the opposing party will play nice? Rather, I think, this is all the more reason that Jones should have sought court instruction before starting this fight, should have limited the scope of litigation to asset recovery, or retained counsel on a contingency basis.

A Duty to Litigate

In passing the COA in this opinion says that Jones would have been negligent “under the circumstances” not to have pursued this litigation. Um.  Not a published decision so I guess I will leave that conclusion alone.

The Specter of Bleak House

Let’s step outside our bubble for a minute and look at this from the perspective of the Sirchias. The estate of someone they apparently had a close relationship with is diminished by $175,000.  Their inheritance is diminished by $175,000.  They presumably had to spend a similar amount defending themselves against claims that, in the end, were dropped.

Many people (who are not probate lawyers) perceive the probate court as a place where the property of the dead and dying is consumed by a hungry pack of lawyers and court officials. It’s an unflattering image that dates back centuries. Without passing judgment on anyone involved in this sordid affair, you can’t help but acknowledge, I think, that this case sort of feeds into that perception.

Many many conservatorship cases arise where something is amiss and prior conduct may give rise to the possibility of financial exploitation of the ward. Whether the conservator tries to remedy those wrongs and recover the missing assets, or to simply move forward and do their best with what they have control over, is often a decision they need to make.

I don’t mean to beat up on the conservator in this case, or to suggest that she didn’t act in good faith. Jones may well have been justifiably outraged by the actions of the Sirchias in the period prior to her appointment as conservator. But even giving this conservator the benefit of every doubt, in the end, it is hard to say that the ridiculously unfavorable outcome of this case could not have been ameliorated, perhaps avoided, had other reasonable decisions been made along the way.