Ramblings on Race and Retirement Michigan-Style 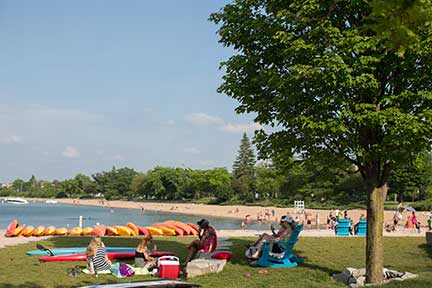 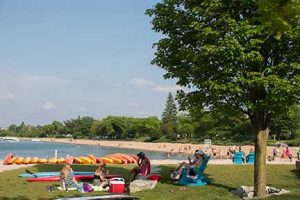 I recently settled a case in Traverse City. The case was pretty involved and I spent a lot of time up there this summer.  As most of you probably appreciate, Traverse City is a retirement community, so most of the people there were my age or older – and dang near all of them were white. Made me think about how people retire in Michigan.

The way I figure it, Petoskey and Harbor Springs are the conservative (Republican) retirement enclaves (some BIG money up there). Traverse City seems more pedestrian, people with some money, but most of them living on pensions, retired educators, higher-ups in State government, that sort of thing.  More Democrats I would assume.

What was interesting to me is that these old NPR-types had created for themselves this world that features the indicia of urban hipsters – a very nice famer’s market, art and film festivals, even a so-called warehouse district – but which completely lacks racial diversity.

A little on-line research backed up my perceptions. According to the U.S. Census Bureau, Grand Traverse County is 1.2% black and 2.8% Hispanic.  Wow! So I wondered, how would the good people of Traverse City would explain their situation?  I came up with a couple possible responses:

And maybe it’s both. Or maybe they don’t really care and just want to be in a happy place with a population of fellow retirees who can support a lot of fancy restaurants, yoga studios, and golf courses.

And then my thinking turned to the more practical issue involved in having so many old people in one place: Who does all the dirty work?

When people move to a retirement community, especially one that is some distance from their homes, they sort of waive the right to impose on their children (especially female offspring) to take care of their needs as they age.

Turns out, this may be the fly in the ointment. At an event in Ann Arbor, I ran into a person who runs a homecare agency in Midland.  We talked about his business and my perceptions of Traverse City.  He told me he would love to expand into Traverse City, but there aren’t enough people up there who want jobs caring for the aged.  In other words, not enough low income workers.

I think it’s safe to assume that as those 60-75 year-olds who currently populate Traverse City move into their 80’s and 90’s, they are going to need help; help getting around, help keeping their meds straight, and help eating and toileting themselves. So then what?  They move back to urban areas? Or the long term care industry, and the racially diverse low-wage workers that go with it, move north?  It will be interesting to see.

These are just my ramblings. I have nothing against Traverse City or how the folks in that area choose to live.  I just thought it was interesting.