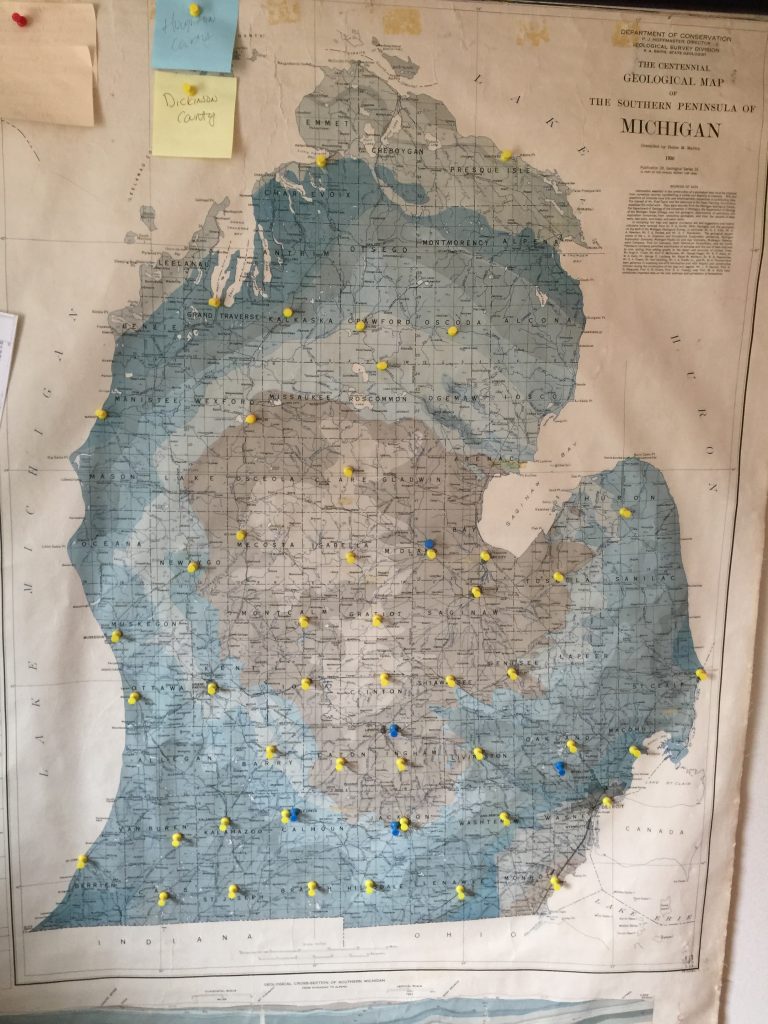 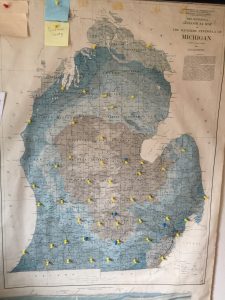 I struck up a conversation with a woman sitting next to me on a bench in a courtroom in Mio Michigan this week. I asked her if she had any photographs of the stories she was telling me.

From 1940 – 1954 her father was the sheriff of Oscoda County. In those few minutes while we waited for a hearing to start she shared some of those photographs with me.  A picture of her as a child pushing meals through a slot in the jail cell to the prisoners – meals that her mother, the cook and undersheriff, had prepared.  A picture of the hearse picking up people injured in car accidents because the county didn’t have an ambulance.  A picture of a boy weeping uncontrollably after shooting someone in a hunting accident.

I have often felt like photographs are both good and bad. They capture something of an event, but there is more that they don’t capture.  Photos are fixed.  Life is much richer and more dynamic. And often, when you are left with photographs from events, there is a corrupting inclination for the real memory to be absorbed by the fixed image.  I think that, for most things, it is better to have a memory than a photograph.  I suspect I am not alone in this belief. I think the woman I met in Mio shared my bias.

So I have pins, instead of photographs.

It was my first visit to the court in Mio – a big deal to me – it meant I got to put a new pin on my map for Oscoda County. The photo above is of my map. Yellow pins are the counties where I have been in court.  Blue pins are for our offices.  I have been in two counties in the UP, but the map doesn’t show those.

I have been a lawyer for 20+ years. I have managed a firm for most of those years.  I have driven more than 300,000 miles in two Buicks and a Ford, crisscrossing this spectacular State of ours. Michigan.  My home.  I’ve been in court in most of the counties in Michigan.  Not all of them.  Still some new courts to go to.  I’m not done yet – I hope.

But I think that when I am done – when all the cases and conflicts are washed away, when a thousand briefs and business decisions are forgotten, this is what I will hold onto – the pictures in my mind of the things I saw, and the pictures I saw and feelings I felt because they were shared with me from the memories of the people I met. Pins  – and photographs – the very best kind.