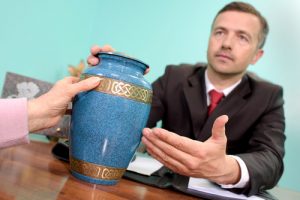 It appears that the people of Michigan will soon be able to appoint a “funeral representative.” A funeral representative is a person who is authorized to make funeral and other arrangements regarding the disposition of the remains of the appointing person after that appointing person is dead.  The appointment can be made in a will, a patient advocate designation, or a separate document.

Seems simple, and it is, but getting to this point hasn’t been easy. The Probate Section of the State Bar has worked on this issue for years in fits and starts, but with only nominal successes. This new process was endorsed by the funeral industry – and they got the job done. Good for all of them and all the other groups that have joined in the efforts to make this happen. (Special shout out to our friends at the Michigan NASW chapter; and to Senator Tonya Schuitmaker, the bill’s sponsor).

Currently, Michigan law gives a decedent’s “next of kin” the authority to control the funeral process, and the law provides little direction regarding how to deal with situations where “next of kin” can’t agree, or where the known wishes of the decedent are contrary to those of the deciding family member. Under the new law, we get to choose who we want to be in charge.  Further, and perhaps most importantly, as the law currently exists, the “next of kin” in charge has no legal obligation to follow the wishes of the deceased person regarding their funeral arrangements.  Whereas the new law, by statutorily defining a funeral representative as a “fiduciary,” obligates the funeral representative to follow the known wishes of the decedent.  All good. NOTE: This assertion that the funeral representative’s fiduciary status would obligate them to direct disposition in manner consistent with the known wishes of the deceased is disputed by some, including the Michigan Funeral Directors Association. The opinion of the MFDA is detailed in the subsequent post on this blog site: “MFDA Chimes in on Funeral Rep Law.”

The new law has been passed by both the State House and Senate, and awaits the Governor’s signature, which he is expected to do.

To read the bill in the form it passed both houses, click here.

To read a summary of the key provisions of the law from the House Fiscal Agency, click here.