Lewis and the Little Lady 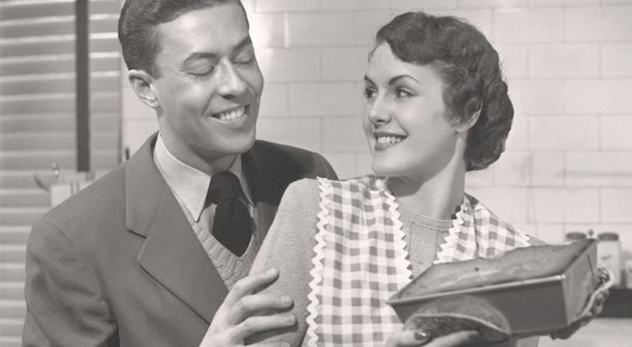 It’s a situation many of us have seen before: one spouse (typically the wife) signs papers she doesn’t understand, putting marital property into a trust set up by the husband, and then, when husband dies, she realizes that may not have been a great idea.

These are the essential facts underlying a recently released unpublished opinion from our Court of Appeals.

The case is called In Re Donald F. Clark Trust. Click on the name to read the case.

I found the case to be interesting for a couple reasons, but my explanation is pretty lengthy.  So, if you’re in the mood for a yarn, get comfortable and read on.

Elaine and Donald were married.  Among other things, they kept funds in joint bank accounts.  Donald removed those funds and put them in a trust of which he was sole settlor.  The trust provided that upon his death, the funds would be used to support Elaine for her life.

The record is cloudy as to whether, and to what extent, Elaine was a participant in the process by which the trust was funded, and what she understood or was told about it at the time.

In any event, Donald dies, and Elaine realizes she has to go to a trustee to have her bills paid or to buy the things she wants.  She files a probate action to set aside the transfer of these accounts into her deceased spouse’s trust.  Doing so, she argues, violated her rights as a joint account owner.  She says, as a surviving joint owner, she should have unfettered control of those funds.

Elaine loses at the trial court, and the COA affirms.

This case is especially curious to me because it is one of the first (perhaps the first) case to really understand, explain and apply the new rules regarding lifetime invasion of joint accounts as announced in the seminal case of Lewis v Rosebrook.  (click on the name to read the case).

[The Lewis case, you may recall, came out in 2019 and was litigated by our office.  We handled both the trial and the appeal, losing at trial and winning on appeal.  I have posted before about this case, see: Published Opinion Clarifies Joint Account Rights.]

In Lewis, girlfriend joint-owner emptied the joint accounts and ran off with the money when she learned that boyfriend was heading into long term care.  Evidence at trial showed that the parties had, in practice, defined their respective rights in these accounts and that by draining these accounts the girlfriend acted inconsistently with the terms of that arrangement.  Although the trial court decided there was no remedy (because the accounts were held jointly), in a published decision, the Court of Appeals held that the girlfriend was accountable for a portion of the funds she ran off with.  In doing so the COA made clear that survivorship rights are one thing, but that the respective rights of joint owners to invade the accounts while both are alive, is another.  In Lewis, the COA explained (and held) that lifetime rights of invasion are unique to each joint ownership and for purposes of litigation are established by the evidence regarding the understandings and actions of the joint owners.

While I love the Lewis case, and believe the rules established by it are good rules, I don’t love how it played out in this case.  That’s because there is something else going on here that is passed over by a cold application of Lewis to these facts.

In this case, the record shows that Elaine deferred to her spouse to make all the financial decisions, including what to do with money in their joint accounts.   Accordingly, the trial court found (and the COA affirmed) that by putting the bank account funds in trust for Elaine’s benefit the deceased husband was doing nothing more than continuing the course of business that the couple had established during their life.  The COA notes that these facts a very different than what was going on between the joint owners in the Lewis case, where there were clear understandings between the parties about when and what for the money in their accounts could be used.

In fact, the story of Elaine and Donald, as recited by the COA, is permeated with gender stereotypes, stereotypes that we often see in play when working with clients, especially among the older generations.  Basically, the husband put the money in trust for his little lady because she would have been incapable of managing the resources on her own.  While those aren’t the words used by the trial court or the COA, that is basically what they are getting at.

Here’s a taste from the opinion:

Determining the realities of ownership is an intensive factual inquiry that will depend on the facts of each case. Petitioner’s affidavit showed that the decedent handled all of their marital finances and gave petitioner money whenever she needed it. The decedent took care of petitioner, and petitioner was largely unaware of their assets or financial status…

And I don’t mean to suggest that Donald and Elaine weren’t happy or didn’t love one another.  I hope they were.  I hope they did.  But I am saying that Elaine being left in this situation is clearly a product of gender power structures that should not be endorsed by our legal system.

Very likely Elaine was the raised to accept “traditional” gender roles and to defer to her spouse with respect to “money matters.”  And yet, his decision to use the trust she placed in him to perpetuate gender subservience even after he died seems, at a minimum, a breach of that trust, and perhaps even an outcome that should not be condoned as contrary to public policy. Probably both. To my thinking, the application of Lewis to these facts misses the mark.

Elaine is not unique. These cases come up frequently.

In a recent case with very similar facts, I argued that this type of “planning” is the equivalent of having someone sign a prenuptial agreement without receiving independent legal advice.  That argument, like the arguments presented by the Elaine in this case, didn’t make the grade.

Maybe some of you have better ideas and arguments.  I hope so.

And that’s my yarn.  Or was that a sermon?

4 thoughts on “Lewis and the Little Lady”