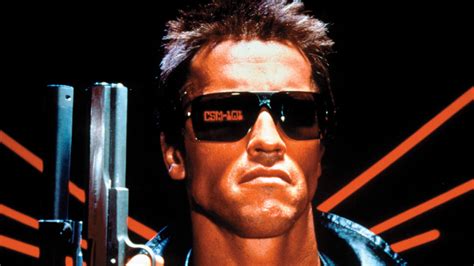 [This post involves tax planning concepts and jargon. Some readers might benefit from a refresher on these topics before diving in. I’ve attempted to provide that refresher at the end of the post. Feel free to start there.]

Settlor creates an irrevocable life insurance trust (aka “ILIT”) in 1996. Three of his nine children are appointed Trustee. All 9 are beneficiaries. Throughout the subsequent years, Settlor pays the premiums on the policy, but the Trustees failed to issue Crummey letters. Two of the children/beneficiaries, with the support of the Settlor, petition the local probate court to terminate the trust. The trial court denies the request, and in this unpublished decision, the COA affirms.

To read In Re Peter and Louis O’Dovero Irrevocable Trust, click on the name.

Appellants offer two theories to justify their request to terminate the trust: (1) the trust no longer serves any purpose (MCL 700.7410), or (2) circumstances have changed so that the purpose for the trust is no longer be capable of being realized [MCL 700.7412(2)].

Appellants also offer two factual scenarios in support of these theories. These are: (1) After his death, the IRS will deem the trust completely ineffective and the entire value of the insurance policy will be included in the settlor’s estate because the settlor exercised improper incidents of ownership over the insurance policy, and (2) After his death, the failure of the trustees to issue Crummey letters will cause the IRS to count the insurance premiums as part of the settlor’s estate, even if the entire value of the policy is not included.

In this opinion, the Court of Appeals dives right into the Internal Revenue Code and seems surprisingly comfortable there. First the COA shoots down the proposition that the entire value of the policy would be included in the settlor’s estate, pointing out numerous holes in appellant’s analysis of the Internal Revenue Code and related tax court cases. Next, while finding it to be quite possible that, as a result of the trustees’ failure to issue Crummey letters, the insurance premiums could be brought back into the settlor’s estate after his death, they hold that the trial court did not abuse its discretion by finding that the exclusion of the premiums was not the only, or even the primary, purpose of the trust.  Accordingly, the failure of that objective is insufficient to justify the termination of the trust. As the COA says, the trial court did not abuse its discretion by refusing to terminate the trust “merely because more tax might be owed” than the settlor had hoped.

Trust termination cases are fairly common. In my experience, petitions to terminate are routinely granted, at least when no one objects. Many, trust termination cases are based on some variation of the argument that the purposes of the trust have been defeated or, due to some unexpected development, are no longer capable of realization. The facts change, but tax related objectives are often part of the mix. It’s interesting to read a case where the question is contested. I think this panel of the COA does a nice job of reminding us that the trial court does have the authority (perhaps even the duty) to test the merits of these requests.

An irrevocable life insurance trust (most often referred to as an “ILIT” and pronounced with a long I, so that it would rhyme with the word pilot) is a tax planning trust.  They are used by wealthy people, with the usual purpose being to create a pot of funds not considered to be part of their estate (i.e., not subject to the estate tax), that can be used to pay the estate tax that is owed when they die, and which pot of funds the settlor financed during his/her life by using the federal gift tax annual exclusion rules to buy life insurance.

In its simplest form, each year the settlor gives money to the trustee, which the trustee uses to pay the insurance policy premiums. The settlor claims the payment made for the premium as a gift, subject to the annual exclusion amount.*

In order for this to work as intended, it is important that the money the settlor gives to the trustee to pay the insurance premium be recognized by the IRS as a completed gift of a present interest. The issue of what is a “completed gift” and what is a “present interest” has been extensively litigated in tax courts for many years. One of the cases that defines how these payments are treated was brought by a person named “Crummey.” Based on the holding in that case, the practice developed of letting the beneficiaries know that the settlor was putting money in the trust that would be used to pay the insurance premium, but that if one or more of them preferred, they could withdraw their share of those funds and use it as they pleased. Because the practice of sending these letters came out of the Crummey case, these letters were called “Crummey Letters.”

So, for example, take a case where the settlor has 9 children. Let’s say the annual premium on the insurance policy is $54,000. And let’s say the death benefit on the policy is $10,000,000. Each year the settlor gives the trustee $54,000, so that the trustee can pay the insurance premium. Each year the trustee sends each of the nine children a letter that says: “There’s a $9,000 gift for you sitting here in the trust account. If you want it, let me know and I will send it to you, but if I don’t hear from you in 30 days your right to withdraw this money will lapse, and I will pay the insurance premium.”

The settlor then tells the IRS that he gave away $9,000 to each of his kids, which is an amount that is less than the annual exclusion amount of $15,000.  Because the children had the right to take the money or leave it in trust, the requirement that this gift be a gift of a present interest is met. As a result, the $54,000 that he gives the trustee each year is not included in his estate when he dies, and, more importantly, the $10,000,000 death benefit from the insurance policy that pays off when he dies is likewise excluded from his estate.

No, the kids never take the money. They know better.

Yes, it is a charade.

Rich people and taxes – I will say no more.

If you read this refresher, good for you. No one is born knowing this stuff. Pat yourself on the back and enjoy the rest of your day.

* As you may understand, everyone is allowed to transfer a certain amount of assets each year to other persons which will not be added back into the donor’s estate for the purpose of determining the federal estate tax (aka “death tax”) obligation of the donor. That amount is referred to as “the annual gift tax exclusion amount” or some variation of that title.  The number changes. This year that number is $15,000. So, for example, in this case where the settlor had 9 children, he could gift $15,000 to each of those children each year without reducing his available “unified credit.” The unified credit is a figure that represents the amount that each person can pass at death before it is subject to the federal estate tax.  The unified credit amount changes too, and is determined in the  year of death.