Burned by the Boilerplate 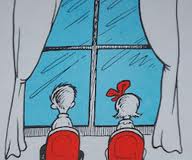 A rainy Sunday morning.  No better time to write.

And since it appears to be raining pretty much everywhere in Michigan this morning, maybe a longish ramble about an important (but often overlooked) aspect of estate planning will be just the thing to provide a break from politics and coronavirus updates.

This post is about drafting, and more specifically drafting gifting provisions in power of attorneys and trusts.

A recent unpublished opinion from the Court of Appeals called In Re Stephenson Family Trust provides a good launching pad for this discussion.  Click on the name to read the case.

Mom and Dad are dead.  Two kids, both survived, are now fighting.  One child the “Fiduciary Child” was appointed agent under the financial power of attorney (“POA”) and Trustee of the Trust.

The POA granted the agent, Fiduciary Child, the authority to:

…make gifts to third parties or to the agent(s) as individual(s), as the agent(s), in the sole discretion of the agent, deem appropriate, provided said gifts qualify for the annual exclusion under Sections 2503(b), 2503(c) or 2503(e) of the Internal Revenue Code of 1986, including amendments thereto.

The trial court and the COA said that this language expressly authorized self-dealing, and the Fiduciary Child was therefore authorized to make gifts to himself and his family members which gifts were only limited by the annual exclusion. [The annual exclusion reference relates to a component of federal gift and estate tax law, which is an amount set by the IRS and which changes periodically.  That figure is currently at $15,000 per person per year.]

So, as to the gifts Fiduciary Child made as agent under the POA, no breach.

With respect to the Trust, there were two provisions that came into play:

INCAPACITY OF THE SURVIVING TRUSTMAKER OR BOTH TRUSTMAKER(S): If the surviving Trustmaker or both of us are replaced as trustee(s) of this trust as provided above, the successor trustee(s) shall use the trust estate for our benefit and for the benefit of anyone else authorized by Article One or Two of this living trust. Any income not paid to or for our benefit or to or for the benefit of other authorized beneficiaries shall be added to the principal.

The foregoing shall also apply to distributions by the trustee(s) whenever the surviving Trustmaker or both of us who are not serving as trustee(s) become incapacitated.

Additionally, if the Trustmakers keep a record of specific loans to beneficiaries made during the Trustmakers’ lifetimes, and desire that said loans be considered advances against inheritance, the Trustmakers will attach a list so stating, and hereby direct the successor trustee(s) to deduct the loan amounts from each respective share that the named beneficiary would have received. Further, Trustmakers hereby forgive any loans that exceed any beneficiary’s share of trust proceeds.

With respect to the self-dealing actions of the Fiduciary Child as Trustee, the trial court said the language of Section D was nullified by the more express language regarding gifting in Section G.  The COA disagreed.

With that direction, the COA remands these issues to the trial court for further development.

First, I think the COA has a weak grasp of trust law (nothing new).  Simply authorizing self-dealing does not necessarily allow a fiduciary to circumvent the purposes of the document under which s/he is acting or allow the fiduciary to replace their own objectives for those of the principal or settlor.  Yet that seems to be where the COA lands.

Second point, for the younger lawyers listening: boilerplate matters.  Clearly this is not what these deceased individuals would have wanted. Clearly these provisions were in somebody’s form and were not thought through when dropped on the Stephenson Family – not thought through in the trust itself, and not harmonized with the POA provisions.

Small point: The IRS annual exclusion gifting limits that saved the day here, are an awkward relic from old forms from a time when annual exclusion limits mattered.  Unless client happens to be extraordinarily wealthy, there are better ways to do this.  See below.

And the Big Point:  Although, arguably, the COA does a bad job of analyzing this case, bad drafting opened to the door to this disastrous outcome.  We’re talking about a simple “divide by two” estate plan that went sideways because one kid, using his fiduciary powers, raided his parents’ assets to the detriment of the other – and the courts can’t, or won’t, hold that child accountable because the documents the lawyer provided were sloppily drafted.

In this age where elder law and estate planning are becoming (appropriately) less distinguishable, gifting powers are important and are becoming recognized as such.  It is more and more common to see them in EP documents, and that’s probably good.

Now we need to do a better job of drafting these provisions and coordinating them between trusts and POAs.  Our firm practice is, in almost all cases where self-dealing is authorized (which is quite often), to make the exercise of that power subject to the obligation to do so in a manner “reasonably designed to preserve my existing estate plan.”  I would suggest that this type of approach is a good place to start. Something along these lines would have avoided the problems in this case.