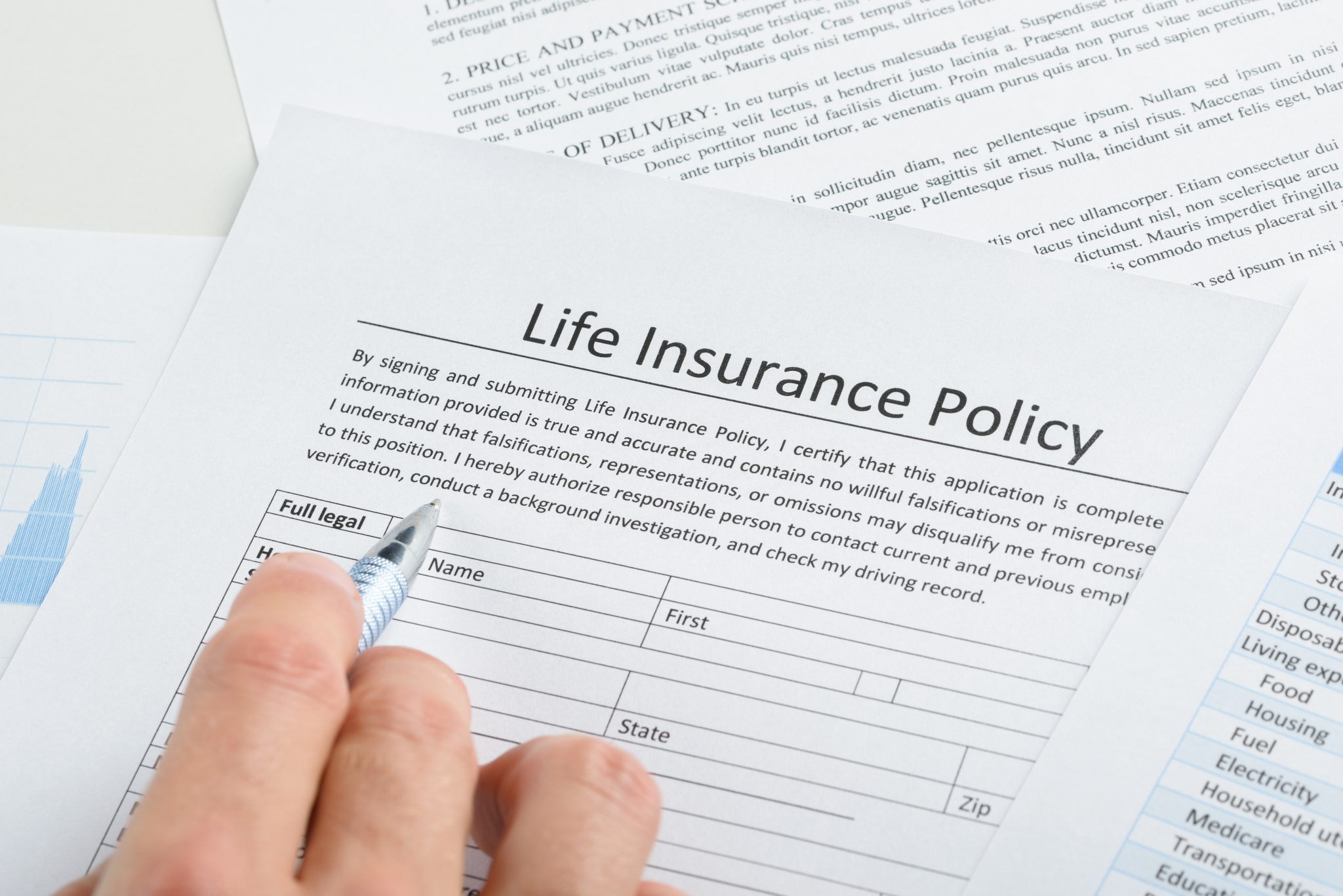 Omari owned several life insurance policies on his own life.  He established beneficiary designations on those policies, giving the death benefit proceeds to various people.  Later he filed change of beneficiary forms with the insurance company, directing that all policies should be paid to his estate upon his death.  The insurance company rejected the forms due to a technical error in the way the forms were completed.

In their letter to Omari explaining the reason that the change of beneficiary forms had not been accepted, the insurance company instructed Omari on how to correct the forms and also advised him that until the forms were corrected, resubmitted and processed, the prior beneficiary designations would remain in effect.

The issue of which beneficiary forms control was litigated in the probate court.  The trial judge ruled in favor of the estate (that is, the trial judge held that the forms which the insurance company rejected would control the disposition of the insurance proceeds).  In this published decision, the Court of Appeals reverses the trial court and holds that the beneficiary designations that existed prior to the attempted change must be given effect.

In analyzing this case, the COA applies the “substantial compliance” rule which rule permeates the cases that arise in this context.  As the name suggests, in order for a factfinder to enforce a beneficiary designation form that has not been accepted by the insurance company, it must find that the owner of the policy substantially complied with the requirement for processing the form, and by corollary, that the policy owner’s efforts only fell short in some non-substantive manner.

To get there, the COA reviews several prior cases on this topic and concludes that Omari simply didn’t do enough to satisfy the “substantial compliance” standard.  Accordingly, the trial judge was wrong to give effect to the unprocessed change of beneficiary forms.

Among the cases relied upon by the COA are cases that define “substantial compliance” to mean “done everything they can” which definition seems to impose a conclusion rather than a process for getting to the answer.  Obviously, if the policy owners did everything they could, the beneficiary form would have been processed and there would be nothing to litigate. But that’s how this panel comes down, more or less.

Here, the COA notes that these insurance policies required that the insurance company actually accept the change of beneficiary forms in order for those forms to be effective, and these forms were not accepted, therefore the substantial compliance requirement was not met.

That’s not to say this COA panel didn’t apply the law.  They did a good job of reviewing the applicable cases, and this case is worth reading (or at least saving) for that reason alone.  But the law in this area is harsh.  There are exceptions, but for the most part it’s a matter of contract over intent, law over equity.

This, while in most other areas of Michigan probate law the rule is otherwise.  It has always been true, that in construing testamentary documents, the primary function of the probate court has been to determine and give effect to the decedent’s intentions.  EPIC Section 2503 (which I have written about several times in recent years) suggests that the trend in the law is to be more receptive to arguments that place intent over formality. It’s unclear why life insurance policy designations should be an outlier. The case suggests this rule prevents mischief, but the same argument could apply equally to other testamentary expressions.  Maybe the real answer is that insurance companies have clout and they want/demand certainty.

At least at the time Omari sent in his change of beneficiary forms [footnote here], he clearly intended to leave the death benefit to his estate.  But in this published opinion, we learn that his intent has little or no bearing on the outcome of the case.  Rather, the “substantial compliance” rule looks at the terms of the contract between the insurer and insured and the outcome of the case is only a function of the extent to which those terms were met.

[Footnote: Of course, it could be that Omari changed his mind after his efforts to name his estate as beneficiary were rejected by the insurer, and the fact that he didn’t follow up for nine months makes that clear.  But that wasn’t how the COA analyzed this case.]