Back from the UP, Reading Ford 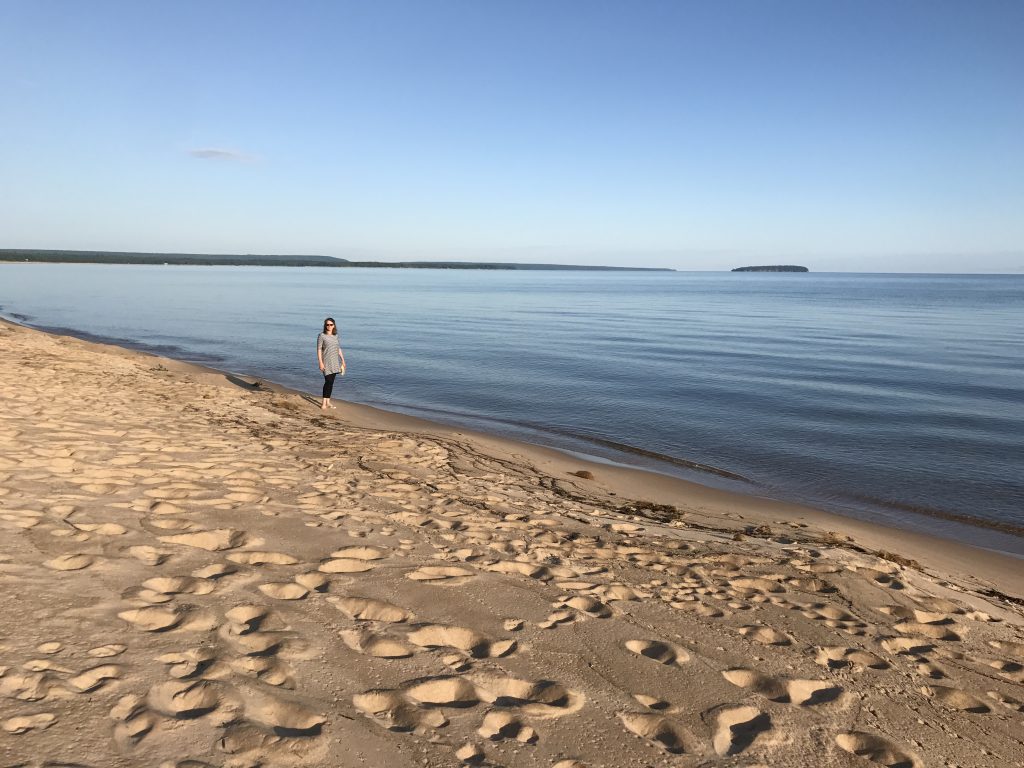 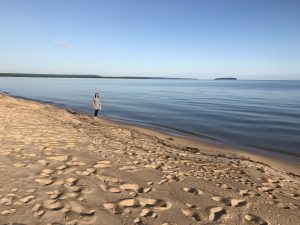 I guess this post is about Michigan. It should be a Sunday post – but I’m on vacation so:

Like most native Michiganders, I love the U.P. and thanks to Susan Wideman and Paul Sturgul for allowing me to present to the Elder Law for Yoopers Program this past weekend.   There’s just something about crossing the bridge – maybe it is too much to compare it to Mecca, but certainly for Michiganders, it is good for the spirit to get up there once every few years.

My wife, Susan (pictured above on the Lake Superior shore), is reading to me – a fine biography of Henry Ford, which we continued while in Marquette. We’re almost done.

In my nearly sixty years, I have experienced much good and bad in our great State. I remember the riots.  I remember the invasion of Japanese cars.  I have witnessed the decline of the high quality of life that working class people once enjoyed here.  But what remains, what endures about our State, is no small thing.  How can you stand on the shores of Lake Superior and not feel a sense of pride and awe?

I accept that Michigan is a place of decline, at least as defined by political prominence and financial strength. I appreciate the Detroit comeback mantra – but have heard that mantra all my life – yet as I drive downtown I see that the houses along the Lodge remain burned out and abandoned. Perhaps that will change some day.  I hope so.

I think of the process in terms of Henry Ford. He was born here.  And because of that simple fact, Michigan became the center of the greatest industry of that age.  The age of transportation and consumerism were both triggered by his ingenuity – and he knew exactly what he was doing.  Amazing.  We have lived on his vision for 100 years, and now we survive on the last few trickles of his blood.  We are winding down.  I think that when Henry Ford was the most well-known person in America, and Detroit was the center of the new age, there were people in far flung places who looked on with envy – and people in far flung places who looked on with “meh – let them have it.”

We have had as a speaker at several probate institutes, Michael Giflix, a founding member of the NAELA (the National Association of Elder Law Attorneys) who remains a leading light in probate and elder law. He practices in Palo Alto, but he is a native Michigander.  It is always nice to see Michael enjoy Michigan when he comes to visit.  He talks about his office, down the street from the Google headquarters, and around the corner from Apple’s.  That is the center of the new age industry.  Steve Jobs and Bill Gates were born there.  A small part of me thinks it would be fun to be there in this time, but standing on the shores of Lake Superior my first instinct is reinforced: “meh – let them have it.”