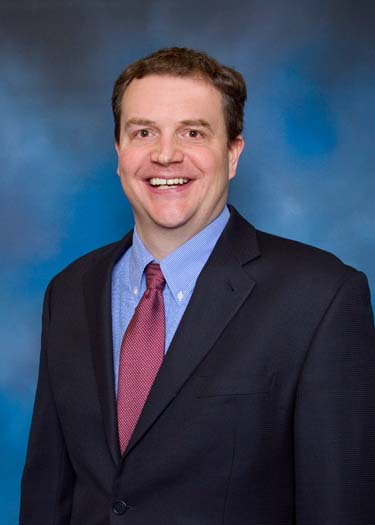 The son of an elected prosecutor, Chris Smith as a boy would frequently walk to the nearby courthouse after school to view the action in the courtroom.

“Even though the practice of law has changed greatly, I still hold this nostalgic view towards it,” he says.

An attorney in Chalgian & Tripp’s Southfield office, where he focuses on special needs planning, elder law, and estate planning, Smith didn’t start his career in the legal field. After earning his undergrad degree in business and history from the University of Virginia, he worked in finance for Procter & Gamble.

“Working at Procter & Gamble taught me two things I wouldn’t have learned in law school,” he says. “First, the importance of branding. The same basic principles of managing a billion-dollar brand like Pantene apply to individual lawyers and law firms.

Last November, Smith was elected to the board of directors of the Special Needs Alliance (SNA), a national organization comprising attorneys dedicated to the practice of disability and public benefits law.

“I very much enjoyed my stint doing commercial litigation, but I soon realized most of these cases were about rich people getting richer,” he says. “My beloved sister has Down Syndrome, and I wanted to get back to practicing in a way that made life better for individuals. I can’t think of a better way of doing that than assisting the most vulnerable in our society.”

Most of special needs law is based on federal law even though the state administers the service programs, he notes.

“Through the Special Needs Alliance, we’re in nearly daily contact with the best practitioners in almost every state in the country—this keeps us on the cutting edge of the latest trends in special needs law and we’re able to anticipate issues before they come to Michigan.

Named a Super Lawyers Magazine “Rising Star” for 2 years in Indiana, and 6 years in Michigan, Smith also serves as chairperson of the Elder Law and Disability Rights Section of the State Bar, one of the larger sections.

“We’re big enough to be active in influencing legislation and we regularly engage in litigation to assist the clients we serve,” he says. “At the same time, we’re collegial and informal enough that anyone with a good idea is heard and that idea can be quickly implemented.

“I love my fellow council members and enjoy thinking every day about how to provide value to both new and old members. But I can already tell the one-year term is going to go by too fast.”

He puts to rest the popular notion that elder law is synonymous with Medicaid planning.

Smith also has served as a volunteer counselor with the Michigan Medicare/Medicaid Assistance Program; as a guardianship reviewer for the Oakland County Probate Court; and volunteered at the Elder Law and Advocacy Center in Wayne County.

A native of Greensburg, Ind., Smith now lives in Royal Oak; his wife, Caroline Altman Smith, is Deputy Director for Education at the Kresge Foundation in Troy.

Before last June’s birth of their son, Julian, Smith and his wife would ride their folding bikes all around the city of Detroit.

“We frequently say to each other that we’ve never been bored living here—there’s always something interesting, complex, thought provoking, or new to see and do,” he says.

“We probably get most excited about the overall diversity and quality of the food scene, which is just now starting to get the national recognition Detroit has probably long deserved. Our only complaint—and it’s a first-world problem—is that it’s getting a lot harder to get a reservation.”