Trending Up: Medicare Set Aside Agreement 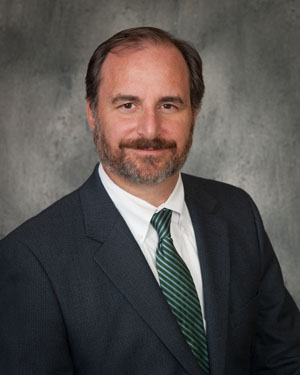 This is an important probate issue, although admittedly one that many probate lawyers may never come in contact with.  The topic is Medicare Set Aside Agreements (MSAs).  This topic is significant to those probate attorneys who work with plaintiff’s attorneys to assist in settlements of personal injury actions and workers compensation claims.

MSAs are used to hold a portion of the funds received from settlements to pay for health care expenses that Medicare would otherwise pay for.  The idea is that when someone is injured and receives a settlement, the settlement funds represent a variety of damages, including future medical expenses.  If the injured person is, or is expected to become, covered by Medicare, an MSA holds a portion of those funds to pay for medical expenses incurred in the future so that Medicare is not charged for medical expenses that have already been paid for by a third party (the defendant).

MSA have traditionally been used exclusively in the worker’s compensation context.  The federal entity that runs Medicare (CMS) has long established rules and procedures for settling workers compensation claims: when MSAs are required and how to have the MSA, and the amount of the settlement placed in the MSA, approved.

Over the last few years there has been a push to require MSAs be used in liability actions (traditional personal injury cases).  The push has come largely from annuity companies and other interests that operate in the workers compensation world.  They see liability claims as a new and large market for their products and services.

Although the federal law on this point has always cryptically required parties to liability settlements and judgments to “consider Medicare’s interest” in settlement proceeds, CMS has never required liability actions to use MSAs and they have no procedure for having MSAs approved in that context.  However, more recently it appears that those pushing for the expansion of MSAs into the liability arena are gaining traction. It appears we may have, or may soon have, a requirement that MSAs be used in larger liability cases where the plaintiff is, or is expected to become, a Medicare beneficiary.  Defense counsel are already demanding this issue be addressed in larger cases.

It is also important to recognize that a full fledged adoption of MSAs into the liability world is a very bad thing for plaintiffs.  In a worst case scenario, such a requirement could dramatically reduce the benefit realized by the plaintiff in these matters, for the reason that in many cases a substantial portion of the settlement could become unavailable to them, set aside to replace care costs that would otherwise be paid by Medicare.

Of course Special Needs Trusts (SNTs) have long been part of the probate work that arises in the context of assisting personal injury lawyers with settlements.  This will not change.  What may change is the need to also develop and fund MSAs (or SNTs that can also operate as MSAs).